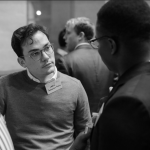 Sebastian Prieto Tovar is a graduate from VU University in the Master of Business Administration in the Human Resources specialization. He received his Bachelor in Psychology and minor in Business from IE Business School, Spain in 2014. Additionally, Sebastian completed an exchange semester at Jacobs University, Germany in 2013. Along with his career, he has conducted several internships in different countries and within different areas of interest. Starting in 2011 as a psychologist intern for an NGO in which he was helping families with children who had problems such as drug addictions and high risk of school dropout. After that, in 2012, he worked as an intern in a private hospital in Casablanca (Morocco) where his main role was related to the recruitment process in the HR department, as well as working as a clinical psychologist applying specific treatment for handicapped people. From 2013 to 2014, Sebastian conducted his final internship in a Penitentiary Center in Spain. Within this public institution, he developed his own rehabilitation program for inmates that focused on working through motivation. This program was also the focus of his bachelor thesis, which was awarded the best grade in the 2014 psychology class at IE Business School. In 2015 he conducted an internship in Paris, for a Rocket Internet startup where he developed his knowledge in international recruitment, as well as working in the development of the Spanish market. Moreover, Sebastian created a new recruitment tool for the company that provided more efficient and effective ways of the recruitment process. In 2016, he started working at Nike as a talent acquisition specialist, and in 2016 he joined Uber where he has worked in 4 different roles in the Amsterdam HQ offices working on University Recruiting for all Europe, Middle East and Africa. Finally, he has been able to combine his studies with his passion of horses from working as a rider and instructor to being a manager of an important private stable in Spain.